What Are Congress and the State of Florida Doing to Help Further Legal Protections for Domestic Violence Victims? 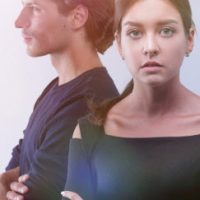 Victims of domestic violence need to be protected. Unfortunately, the federal government doesn’t always make that easy: Congress recently failed to reauthorize the Violence Against Women Act, which provides very basic protections to victims of domestic violence. The legislation lapsed in February; when it was not included in the spending bill; even though it has been instrumental in protecting and helping victims of domestic abuse and sexual violence. Amongst other provisions, the legislation curtails the purchase of possession of firearms by those deemed to be a threat and increases protections for minorities.

Congress Unable To Come To Consensus on Violence Against Women Act

Unfortunately, a number of Republicans have recently expressed their inability to support the current version of the legislation reportedly due to concerns expressed by the National Rifle Association that there are provisions preventing those who have been convicted of abuse, assault, and/or stalking from buying or owning firearms. Previously, under the law, only those who have a child with, lived with, are a parent or guardian of, or have been married to the victim can have their guns taken from them. However, under the new, proposed legislation, this would also include current or former boyfriends, dating partners, and stalkers, and/or those subject to a court restraining order from buying or owning firearms.

This is in response to statistics indicating that more than 50 women are fatally shot every month by an intimate partner, where 76 percent of these victims had been previously stalked and 67 percent physically abused. According to a study published by the Centers for Disease Control and Prevention, approximately half of all female homicide victims are killed by “intimate partners,” and these numbers are only increasing. In other words, victims are just as likely to be killed by dating partners as they are spouses, where both have guns. In addition, abused women are five times more likely to be killed if their abuser has a firearm and all domestic violence assaults involving guns are much more likely to result in death.

In the meantime, Florida may actually be making progress for domestic violence victims by proposing legislation that would provide survivors of domestic violence with unemployment benefits. By providing them with relocation funds, the legislation is expected to empower a number of women to leave abusive situations.

Contact Our Orlando Domestic Violence Lawyers to Find Out More

At the Arwani Law Firm, our Orlando domestic violence attorneys can help if you need legal protection to keep someone away from you and/or your family. Contact our attorneys today to find out more.