Domestic Violence Is Now a Significant Threat to Kids 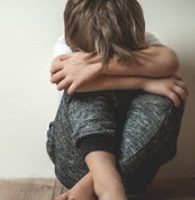 While gun violence has received a significant amount of attention in the media, many people do not realize that domestic violence not only significantly affects adults, but children as well. In 2018 alone, more than 130 children were shot and killed in domestic violence incidents, most of them involving murder-suicides committed by a family member, where the perpetrator had a history of domestic violence.

While individuals who have committed certain crimes have to give up their guns, individuals with a history of domestic violence typically have no problem obtaining a gun as long as they do not have children or live with their victims. And while some states have “red-flag” laws that allow law enforcement or doctors to recommend an individual’s guns be taken away from them, without meticulous documentation, even these measures fall flat on their face in protecting victims of domestic violence compared to, say, protection orders. With parental murder-suicides, there aren’t always clear patterns leading up to the crimes.

The Effects of Domestic Violence on Children

In addition to becoming victims themselves, many children exposed to domestic violence in the home face serious risks of developing long-term mental and physical health problems, as well as eventually becoming violent themselves. According to the experts, the most important way that parents can help children who have experienced domestic violence is to make them feel safe by making a safety plan and reaching out to experts who can help you learn about and pursue your options. Children who witness domestic violence also often not only blame themselves, but live in a constant state of fear, and can experience physical symptoms such as headaches, stomach pains, issued with bed-wetting and stomach pain.

Laws Protecting Victims & Children in the Home Are the Only Hope

Meanwhile, states that do pass more aggressive measures—such as prohibiting anyone who has been convicted of a violent misdemeanor from buying or owning a gun—have led to a significant percentage decrease in the murder of intimate partners. While it is obvious that when more individuals are covered under the law, homicide decreases, we still have a ways to go in expanding the law to cover the threats that children and partners face in the home.

Contact Our Florida Domestic Violence Attorneys to Find Out More