If I Am A Doctor Or First Responder Fighting The Pandemic, Could I Lose Custody Of My Kids?

If I Am a Doctor or First Responder Fighting the Pandemic, Could I Lose Custody of My Kids? 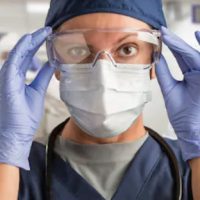 The early days of the coronavirus pandemic here in the U.S. involved a significant amount of confusion for divorced parents who were trying to figure out what to do about their parenting plans and time sharing schedules in the face of school closures and children traveling between households. However, as of April, this initial confusion has reportedly turned into a new battle for some divorced and separated families, with a number of doctors, firefighters, and others working on the front lines to battle the virus finding that their ex-spouses are taking them to court for sole custody of their children out of concerns over virus exposure.

Some of these individuals have reported being completely blindsided; being served with a court order granting the other parent sole temporary custody of their children after a judge is quickly convinced in an emergency motion that the first responder parent could expose them to Covid-19.  As a result, they often themselves frantically trying to assemble the paperwork to reverse these orders, asking whether it is reasonable to be punished for helping people by having their children taken from them. And yet, on the other side of the divide, you have parents who are not only concerned about their children potentially being exposed to the virus, but who may also have their own underlying health conditions and concerns about exposure risks.

While some states tried to provide parents who had questions about custody issues with very general guidance early on, like Texas, reminding parents that they should respect existing custody orders in spite of schools closing and the pandemic, states like Florida have largely been silent about family law conflicts, and there is no real case law on the subject of how to co-parent in a pandemic.  Responses from the courts have also been anything but consistent: Some are completely closed, while others are holding emergency hearings.

How The Courts Are Responding

Still, some Florida parents have filed emergency motions for sole custody for the length of the state’s ‘safer-at-home’ order on the basis of having concerns that the child’s other parent is placing the child in danger simply due to their profession, regardless of whether or not they are taking precautions, such as wearing personal protective equipment at work. Responses to these requests typically involve the first responder parent providing evidence to the court that they are taking the right safety precautions to avoid exposure to the virus, while also sometimes arguing that the other parent may simply be taking action for reasons completely unrelated to the virus. Fortunately, judges in Florida have thus far been scheduling online hearings so that both parents can attend and have enough time to prepare. In other instances, judges have reversed some emergency orders previously granted after hearing and being satisfied by the response from the first responder parent.

Still, a number of first responder parents have concerns that Florida courts could go the way of some courts in California, which have decided that the first responder parent will have to produce a negative result from a virus test every time they are scheduled to see their children—a near-impossible requirement, given how sparse these tests are.

If You Have Any Questions or Concerns, Our Florida Family Law Attorneys Offer Free Phone Consultations & Are Available

As a parent, you are undoubtedly trying to do what is best for your child at this time. If you live in Florida and have any questions or concerns about a family law issue, we are working through this time to provide safe, free phone consultations. Contact the Orlando divorce lawyers at the Arwani Law Firm, PLLC today to find out more.