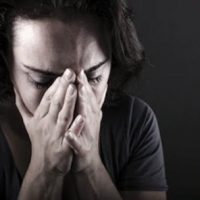 A new law that goes into effect in Florida in January is designed to make it easier for victims of domestic violence to obtain restraining orders by allowing them to apply for them online. Specifically, it allows victims to fill out the request online and confirm it using their ID over video conference instead of having to go to a courthouse to do it in person, which can sometimes be both difficult and dangerous. The program will first be launched in Hillsborough and then available to everyone in the state of Florida.

Florida is taking a step in the right direction, as there is no question that victims of domestic violence are in need of protection, now more than ever. Intimate partner homicides that involve guns are on the rise: specifically, just between 2010 and 2017, they increased by more than 25 percent, and nearly half of all female homicide victims are killed by a current or former partner. Young black women are three times more likely to be shot and killed by their partners, and more than 12 million people each year at the victims of physical violence, rape, or stalking.  Too many victims do not know where to start when it comes to obtaining protection and gaining their freedom.

The tragedy behind one of Florida’s most recent victims of domestic violence highlights why it is so important that the law starts to change: Nicole Montalvo was a young mother and longtime victim of domestic violence. She had faced a number of savage encounters at the hands of her estranged husband and father of her child, and had reportedly sought the help of law enforcement on a number of these occasions. While she had first filed for a restraining order in 2016, it is unclear whether she was ever able to obtain one, although reports do indicate that Montalvo’s ex-husband did violate a no-contact order.

Still, Florida has a way to go when it comes to imposing stiffer penalties for those who commit domestic violence. Domestic violence should be classified as a felony instead of a misdemeanor.

Under federal law, a domestic abuser is prohibited from owning a gun if they are the subject of a domestic violence restraining order or if they have been convicted of certain crimes. However, this only applies to people who lived together, share a child, or who are or were spouses. It does not include dating partners. While the Violence Against Women Act closes this loophole by preventing anyone convicted of abuse, assault, or stalking from buying or owning a gun, its reauthorization has not yet been approved by the Senate.

At the Arwani Law Firm, our Orlando domestic violence attorneys can help you secure a restraining order right away to protect you and any family members. Contact us today to speak with a member of our team and find out how we can help.