Why Should Domestic Violence Victims Seek Injunctions Instead of Just Calling the Police? 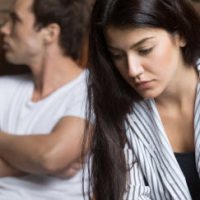 Domestic violence from current or former spouses has arguably become a public health issue. Most people do not realize just how many victims are hurt or killed by it every year.

According to the Centers for Disease Control and Prevention (CDC) and as reported by the Huffington Post, last year, at least half of all female homicide victims in the United States were killed by a partner. Overall, it is estimated that at least one in four women will suffer extreme violence at the hands of someone who loves them.

Domestic violence also affects women disproportionately: According to the CDC, black women between the ages of 25 and 29 are 11 times more likely to be murdered while pregnant, and face the highest overall risk of homicide resulting from the violence.

Perhaps of most concern is the fact that victims contacting the police often results in their own criminalization, further abuse, and even death, in some circumstances. For example, here in Florida, victims who have fired warning shots after an altercation with a spouse have been sentenced to 20 years in jail under some circumstances. Others have been arrested for taking their children out of abusive conditions, even after being granted full custody. This all tends to occur after countless attempts at receiving help from family members, law enforcement, and others in the community have failed.

The statistics also demonstrate that calling the police could be one of the most dangerous responses, as research shows that victims are 64 percent more likely to be killed if their partners are arrested instead of warned. This can be even more frightening for those who are also concerned about potentially being deported, or worried that if they report it, they might be subject to even worse abuse.

It is clear that policing and incarceration are not the answer to the problem of domestic violence. Women are currently the fastest-growing segment of the incarcerated population, with almost 80 percent of them previously having suffered physical abuse before they were arrested.

While shelters provide a helpful option, they are ultimately not available to every single victim. Many do not offer interpreters, which automatically excludes a significant percentage of the population. They must also provide respite for the criminalized, poor, and undocumented.

Victims of domestic violence must be protected by more than just a simple call to the police. Contact one of our Florida domestic violence lawyers at the Arwani Law Firm today to discuss the possibility of obtaining an Injunction for Protection Against Domestic Violence in order to restrain your current or former partner from contacting or hurting you.