When Is Permanent Alimony Awarded In Florida Divorce Cases?

When is Permanent Alimony Awarded in Florida Divorce Cases? 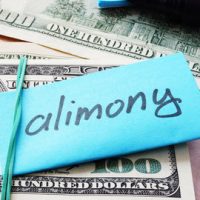 Alimony, which is often referred to as spousal support, is financial support that one ex-spouse is ordered to pay to the other following a divorce. Florida Statutes Section 61.08 allows for different types of alimony that vary in duration and amount.

One of them is called “permanent alimony” and, as its name implies, is paid by one ex-spouse to the other permanently or for an indefinite duration. It is vital to understand how permanent alimony works if you are going through a divorce in Florida. Schedule a free consultation with our alimony lawyer at Arwani Law Firm to determine what type of alimony will be awarded in your divorce case.

How Do Florida Courts Determine Alimony in Divorce Cases?

The duration and amount of alimony are determined by Florida courts on a case-by-case basis. Prior to awarding alimony, the court must determine:

Once the ability to pay and the need for alimony is established, the court will consider a multitude of factors, including but not limited to:

Permanent alimony awards are not as uncommon as you might think. This type of spousal support is most common when the marriage has lasted a long time. The purpose of awarding permanent alimony is to help the receiving spouse cover their needs that were established during the marriage.

Typically, permanent alimony is only awarded when:

Florida courts will consider a variety of factors before awarding permanent alimony following a divorce. The receiving spouse will have to prove that they will not be able to meet their needs after the divorce. The needs of the supported spouse will be determined based on the standard of living established during the marriage. Also, courts will look at factors such as:

What Do You Need to Know About Florida Permanent Alimony?

In most cases, permanent alimony is awarded as periodic payments (often monthly). However, lump-sum payments may be more appropriate in some cases. While adultery does not usually play a role in divorce cases (under the Florida Statutes Section 61.052, parties are not required to prove fault to obtain a divorce), either party’s infidelity may be considered when deciding permanent alimony.

Consult with our Orlando alimony lawyer at Arwani Law Firm to determine if permanent spousal support is appropriate in your Florida divorce case. Call at 407-254-0060 to receive a free case review.