When Can A Judge Order Unequal Distribution Of Marital Assets In Florida?

When Can A Judge Order Unequal Distribution Of Marital Assets In Florida? 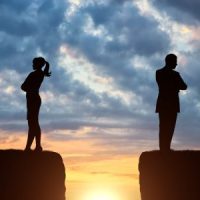 When it comes to dividing marital property during divorce, Florida follows a rule known as “equitable distribution.” This does not mean that Florida is a 50/50 state. Instead, it means that marital property is divided between divorcing couples fairly and equitably during divorce in Florida. Generally, the terms “equitable” and “equal” are not the same. However, according to Florida Statute 61.075, in a divorce proceeding, when distributing marital assets between parties, a judge is required to begin with the premise that the distribution should be equal. In Florida, family courts can only order unequal distribution of marital assets if there is a justification for such distribution based on all relevant factors. Unequal distribution of assets occurs when one spouse gets more assets than the other spouse in a divorce settlement.

Factors Considered During the Distribution of Marital Assets

Florida courts take several factors into consideration when determining how to distribute marital property between divorcing individuals. Some of these factors include;

After considering the above and many other factors, a Florida judge will then decide if to order equal or unequal distribution of marital assets.

When Can a Judge Order Unequal Distribution of Marital Assets?

The following are some of the main factors that can lead to the court ordering unequal distribution of marital assets:

There are many more circumstances that can warrant a judge ordering unequal distribution of marital assets, so it is best you speak to a qualified lawyer to learn more.

If you need more information on when a judge can order unequal distribution of marital assets in Florida, contact a knowledgeable Orlando property division attorney at Arwani Law Firm. Call Arwani Law Firm today at 407-254-0060 to schedule a consultation with our lawyer Rania Arwani.