What Happens When Parents Battle Over Which State Has Jurisdiction To Decide On Child Custody?

What Happens When Parents Battle Over Which State Has Jurisdiction to Decide On Child Custody? 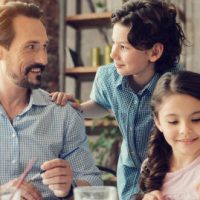 When it comes to child custody (known as “timesharing” in Florida), the issue of jurisdiction can become complicated for some families, especially when parents live in different states and there are disputes as to which state properly has jurisdiction to decide on custody arrangements for a child that a couple shares. Florida – like most other states – has adopted the Uniform Child Custody Jurisdiction and Enforcement Act, which places exclusive and continuous jurisdiction for child custody litigation in the courts of a child’s “home” state, defined as the state in which a child has lived with a parent for six months prior to the commencement of the proceedings, or since birth for children who are younger than six months of age.

Another circumstance that would warrant Florida courts having jurisdiction would be if the child and one parent has a “significant connection” with Florida other than mere physical presence, where there is “substantial evidence” in Florida as to their care, personal relationships, protection, training, etc. there. This is more likely to be the subject of litigation when one parent disagrees that Florida courts have jurisdiction over an initial custody proceeding and/or continuing, exclusive jurisdiction over a child.

Pursuant to the Uniform Child Custody Jurisdiction and Enforcement Act, once that Florida has made an initial custody order, Florida courts have jurisdiction to modify custody orders, ensuring that Florida has the first opportunity to modify an order before other states enter conflicting orders if the child or one of the child’s parents still lives in Florida or as long as Florida is still a convenient forum.

Still, this does not mean that Florida will have jurisdiction forever–it is entirely possible that one party may move to demonstrate the Florida court no longer has jurisdiction to modify previously entered orders.

Where the issue can become more complicated is when one parent asserts that a Florida court lacked jurisdiction over a custody proceeding because Florida is not the child’s home state if the couple has already separated and shares the child equally, making the residential argument more difficult; or when one parent argues that the child does not have a significant connection with Florida. It is possible for the parent who lives out of state to challenge that Florida does not – and never had – jurisdiction over the child, depending upon the particular circumstances of the situation.

Work with a Skilled Attorney Today

There is no question that the finality of child custody determinations is incredibly important, and they should be made in the state that can best decide in the interest of the child.  Arwani Law Firm works with parents to help find the very best solution for these issues. Our Orlando timesharing attorneys are prepared to provide you with the assistance that you need. Contact us today for a free phone consultation to find out more.