How Will the U.S. Supreme Court Decide this Important Case on the Contracts Clause & Post-Divorce Life Insurance Policies? 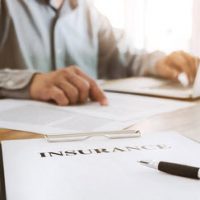 On March 19th, the United States Supreme Court will hear an important case which deals with contracts clauses and post-divorce life insurance policies. The Court’s decision will inevitably affect the validity of various state laws, which provide that a divorce automatically nullifies the designation of a former spouse as the beneficiary of a life insurance policy.

At issue in the case is whether these state laws violate the U.S. Constitution’s contracts clause, which bars states from enacting any laws that impair the obligation of contracts (where the beneficiary was designated before the law was enacted).

In this case, while the federal trial court agreed with the children, the U.S. Court of Appeals overturned the trial court’s decision under the reasoning that the state law would violate the Constitution’s contracts clause, which bars states from enacting laws that impair what is provided for in contracts like life insurance policies.

Those defending the state laws argue that it is within the right of the states individually to regulate divorce in general. They also argue that these state laws aren’t “impairing” the actual contracts, which still must be paid out, regardless of which party receives the money. Revocation-on-divorce statutes simply recognize that most people who get divorced do not intend for their life insurance proceeds to go to their ex spouse. In this case, the designating spouse also arguably relied on the existence of the revocation-on-divorce statute in not bothering to technically change the beneficiary designation.

If you are in the process of obtaining a divorce, it is crucial that you work with an experienced divorce attorney throughout the process so as to avoid estate battles within your family at a later date. This is especially important if you plan on getting married again, as failing to account for any and all policies and named beneficiaries could mean that you fail to provide for your loved ones as you planned.

If you live in Florida, contact one of our knowledgeable Orlando divorce attorneys at the Arwani Law Firm ,, to ensure that you and your family are on track.