How To Avoid Commingling Of Assets And Ensure That Your Inheritance Remains Separate Property?

How to Avoid Commingling of Assets and Ensure That Your Inheritance Remains Separate Property? 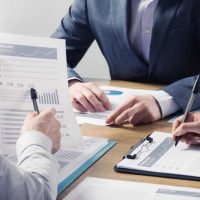 Under Florida law, any assets acquired by the spouses during the marriage are considered marital property and subject to equitable distribution. However, there are exceptions to this rule. One of them is inheritance and gifts received by one spouse during the marriage.

While inheritance is considered separate property under Section 61.075, Florida Statutes, some people fail to avoid commingling of assets, and, as a result, inherited assets become mixed with other marital assets and lose their status of separate property.

That’s why you should avoid commingling assets at all costs. Once your inheritance has been mixed with other marital property, it can be difficult to tell the difference between separate and marital assets. Contact a skilled property division attorney in Orlando if this happened to you. There may still be a way to protect your inheritance from your spouse.

Why you should avoid commingling of assets after receiving an inheritance

Under Florida law, inheritances obtained by one spouse during the marriage are considered separate property that is not subject to division between the spouses upon a divorce.

However, since many spouses do not know how to keep their inheritance separate from the couple’s marital assets, it is not uncommon for inheritances to become commingled and lose their status of separate property.

As its name implies, commingling of assets occurs when the recipient spouse uses a portion of the funds to pay the mortgage or mixes it with other types of marital property.

For this reason, spouses who want to protect the “separate” status of their inheritance should deposit the inheritance in a separate account in their name. However, it is still possible that inheritance could become mixed with other marital assets and lose its status if the spouse later deposits any marital funds into that separate account.

If this happens, the spouse who received an inheritance may not be able to prove that the inheritance on their separate account is still separate.

How to ensure that your inheritance remains separate property

How your inheritance or any other separate property is used during the marriage has a major effect on the asset’s classification. If you received an inheritance from a family member but used those funds to maintain, improve, or otherwise contribute to any marital property, the inheritance could be considered marital property.

You should consult with an Orlando property division lawyer if you are worried that your inheritance could become commingled or need help protecting the “separate” status of an inheritance. Schedule a consultation with our attorney at Arwani Law Firm by calling 407-254-0060.