How Do You Know If A Marriage Is Headed For Infidelity And Divorce? | Orlando Divorce Lawyers

How Do You Know If A Marriage Is Headed For Infidelity And Divorce? 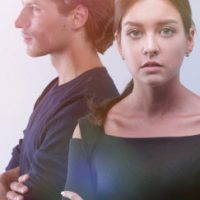 A new study out of Florida State University and published in the Journal of Personality and Social Psychology provides unique insight into the psychological responses linked to infidelity and divorce.

Specifically, researchers in the study tested two psychological processes that everyone and every relationship has in varying degrees: “Attentional Disengagement”—the ability to direct attention away from other potential romantic partners — and “Evaluative Devaluation”— the tendency to downplay the attractiveness of someone else. To be sure, these finds are arguably important in assisting individuals who are experiencing infidelity in their lives and contemplating divorce as a result.

Perhaps less surprisingly, the reactions were more spontaneous/subconscious rather than pursued with effort or consciously, and (as suggested by the researchers) may be somewhat shaped by both biology and experiences during childhood. Still, the study’s authors noted that people may be able to control their ability to employ both devaluation and disengagement when faced with temptation.

Attractiveness also played a key role in predicting infidelity, and proved to be very gender-specific, whereby it was negatively associated with infidelity amongst women but not men. In other words, less attractive women were more likely to engage in infidelity and were also more likely to have male partners who engaged in infidelity.

If you or a loved one has experienced infidelity and/or has decided to pursue divorce and move on, having a supportive, knowledgeable divorce attorney by your side can help make the difference in ensuring you make intelligent, strategic choices.

Contact our experienced Orlando divorce lawyers at the Arwani Law Firm to find out how we can help you get started.