How Do I Address Claims Of Excessive Spending During Divorce?

How Do I Address Claims of Excessive Spending During Divorce? 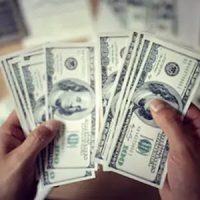 Unfortunately, each year, a number of divorces that occur in Florida are complex cases involving high assets and challenging financial claims. Dissipation of assets, whereby one spouse claims that the other is intentionally depleting, wasting, or destroying marital assets after the couple has filed for divorce or prior to filing, is not an uncommon claim here in Florida, as some believe that increasing their spending significantly is necessary to either keep their spouse from obtaining assets or in order to justify that they have certain financial needs when the time comes to determine alimony, for example.

Florida Law: Fighting Over What Was “Intentional”

While Florida courts begin with the assumption that, in divorce, the disposition of marital assets should be equal, it will take any intentional dissipation of these assets after the filing of the divorce or within two years prior to filing as one of the factors justifying unequal distribution because that is how Florida’s statute is worded. However, the Florida Court of Appeals has held that mere mismanagement of assets does not rise to the level of dissipation where there is no evidence of misconduct. This usually leaves couples fighting over what is or is not “intentional” (i.e. the individual who is accused of frivolous spending argues that it was instead for legitimate purposes) and when a particular spending habit arose. For example, if the individual accused of dissipation of marital assets can prove that he or she has been engaged in spending on a particular activity for 10 years prior to the filing of the divorce petition, or that they used those funds to pay back someone who lent the couple marital funds during their marriage, for example, those expenditures are unlikely to be considered dissipation.

Courts typically require the moving party to demonstrate that the dissipating spouse intentionally depleted marital assets, however, that party does not need to produce a detailed accounting tracing what happened to specific assets in order to do so; Rather, they simply need to prove an intent by the other spouse to deprive them of marital assets. Once that the moving party establishes a prima facie case, the burden of proof then shifts to the spouse accused of dissipation to bring forth evidence demonstrating that their spending was legitimate.

Is There a Collaborative Law Approach to Dissipation?

In Florida, some couples want to pursue the process of collaborative divorce in an effort to reach a voluntary settlement instead of litigating in court. The process has its own procedural rules governing how the parties will act throughout the process and thereafter, and it begins once that the parties sign a collaborative law participation agreement.

The collaborative process can be beneficial in that it can sometimes move the proceedings along more efficiently, which can be helpful in getting the divorce officially filed and that bar on dissipation in place sooner rather than later. However, if you have concerns about dissipation–whether that involves the other spouse wasting marital assets or you being accused of doing so–you should speak with your attorney about how to put a specific strategy in place to protect yourself prior to the official filing of the divorce.

When it comes to dissipation claims, because they are very time-specific and the court defines certain expenditures solely based on when the divorce petition is filed, filing for divorce in a timely fashion is very important.  For more information on complex or collaborative divorce and/or any area of family law, contact our Orlando complex divorce attorneys at the Arwani Law Firm, PLLC today for a free phone consultation.