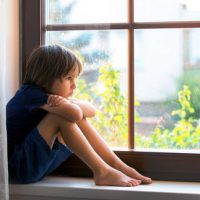 One Florida school district gained headlines in mid-October concerning the vote to pay four students $3.6 million, 12 years after they suffered severe injuries after being molested by a teacher at their elementary school.

What makes the story particularly abhorrent is that court documents reveal that the school board deployed a defense known as comparative negligence, which involves claiming that the plaintiffs—mere children at the time they were abused—were “careless” and “negligent” so as to effectively contribute to causing their own injuries and damages.

In other words, they blamed third-graders for getting molested by a teacher.

This defense is simply unacceptable in child sex abuse cases. How could we possibly tell children that it’s their fault that they were molested?

These individuals were sexually abused as 9- and 10-year-olds at Coral Sunset Elementary near Boca Raton, Florida. The teacher ultimately plead guilty to abusing two out of the four children after it was reported that the police had reason to believe that he had abused all four of them.

Reportedly, this isn’t the first time the district has alleged that child sex-abuse victims were partially to blame for the abuse: one article reported that the district claimed that the students shared in some of the responsibility for their own sex-abuse in at least five sex-abuse lawsuits. According to the report, these claims included:

According to the district’s legal representation, the purpose in asserting that the children were partially to blame in these incidents has to do with trying to limit the amount of damages that the district will have to pay for the students’ injuries. And yet, regardless of whether this is a standard defense used by the district, it is absolutely inexcusable to tell sex-abuse victims that they share in the blame for what happened to them.

The case, which has been ongoing for more than a decade, is now in the Florida Supreme Court, where the parties recently agreed to the settlement. It must now be approved by the school board.

If you have been the victim of sexual abuse, you have also been the victim of negligence. This is the kind of damage that often stays with victims for the rest of their lives. Those who mishandle it—or who fail to take appropriate action to address it when they are in a position of owing a duty to provide a reasonable, safe space to children—should be held accountable. Contact our personal injury attorneys at Arwani Nava Law, today to find out more about how we can help you obtain justice and move on.