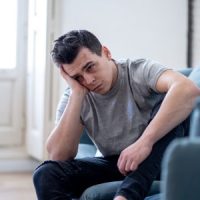 What Is Domestic Violence?

Often, men fall victim to domestic violence in a verbal or emotional sense. However, more and more men are being physically abused.

Why Is Domestic Violence Against Men Underreported?

What Should You Do if You Are a Victim of Domestic Violence?

Even as a man, it is crucial that you take violence against you seriously, even if the one abusing you is a woman. You should tell someone about what you are going through. Do not feel embarrassed.

If the abuse does not stop, you can consider petitioning the court for a domestic violence injunction. An attorney can help you if it gets to a point where you need a restraining order.

You can reach an Orlando domestic violence lawyer at the Arwani Law Firm by calling 407-254-0060.