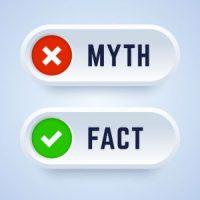 Because we want you to only possess accurate information, below we debunk some common myths about property division in Florida.

Florida is one of the equitable distribution states in the U.S. During a divorce, marital property is divided between parties in a just proportion but not necessarily in equal proportions. Usually, Florida courts begin with the assumption that marital property should be divided equally between spouses. However, if there is justification for an unequal division, the court is allowed to order such a division.

Myth #2: The Spouse Who Earned the Most Money Gets More

Myth #4: A Cheating Spouse Receives Nothing

In Florida, adultery generally does not impact the division of property. The mere fact that a spouse cheated does not mean they will not receive anything. However, if the extramarital affair had an economic impact on the marriage, the outcome of property division may be affected. For example, if the cheating spouse used marital funds on their lover, the court may consider such behavior as wasteful dissipation of marital funds. In such a case, the cheating spouse may receive a lesser share of the marital property than the other spouse.

Myth #5: Divorce Court Is the Only Way To Resolve Disputes Over Property Division

If you’re going through a Florida divorce or if a divorce is imminent, contact our Orlando divorce lawyers at The Arwani Law Firm for legal guidance.