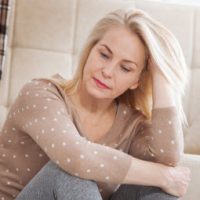 Specifically, Immigration and Customs Enforcement (ICE) agents have already arrested a number of immigrant women and their children at courthouses around the country, all while these families are in the process of preparing to bring domestic violence cases against the children’s other (allegedly abusive) parent.  Many are now understandably concerned that these arrests not only undermine law enforcement’s ability to protect communities from crime, but also will also ultimately discourage abuse victims from seeking the legal protections that save many lives each year.

Attorney General Jeff Sessions recently barred foreign abuse victims from claiming domestic abuse as a viable reason to obtain asylum in the U.S. As legal experts have pointed out, these policies are not only reflective of an administration that lacks integrity in immigration enforcement, but also has little regard for civil and human rights when it comes to the most vulnerable population with few resources, which is usually women and children. These enforcement practices have also been found to discourage victims from seeking assistance from law enforcement.

The ultimate message sent is that immigrant lives are simply worth less than those of U.S. citizens are when it comes to protection from domestic violence.

Existing Programs Are Not Enough

According to statistics, one in three American women and one in four men experience some form of physical abuse from an intimate partner in their lifetime. Too frequently, this abuse is dismissed, especially where domestic violence is pervasive in general and there are not enough legal protections in place guarding against it. In the U.S., while there are some protections in place for non-citizen victims of domestic abuse, unfortunately, these same protections are not designed to also address the issue of having to seek legal protection from assault while also potentially facing deportation. The “U visa,” for example, allows victims of domestic abuse to remain in the U.S. while they obtain legal assistance from an attorney, but does nothing to bar those who have a pending application under review from being deported.