August Is Child Support Awareness Month: What Does This Mean? 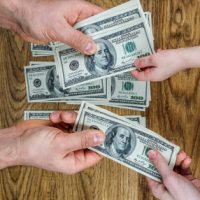 The month of August has been declared “Child Support Awareness” month. Below, we discuss some developments from the administration regarding federal child support programs, as well as some tips on how to deal with your ex failing to pay child support.

The Administration Could Strain Child Support Programs Even More

On August 7, the White House called for an overhaul of federal child support enforcement to shift more responsibility “from the government to parents.” Specifically, White House officials have brought up people losing eligibility for somewhat unrelated benefits programs—such as food stamps and housing aid—if they fail to “cooperate with child support enforcement.” This policy shift could place an even higher burden on parents who pay child support, as well as others who significantly rely on it and other programs to take care of themselves and their families.

The announcement stems from a report recently released by the Trump administration claiming that many beneficiaries of federal benefits programs could work, but chose not to. Although these policies are new to the White House, they echo the general direction in which the GOP is taking the country in terms of broader “welfare reform efforts.”

There are a number of concerns about unforeseen consequences associated with these proposals, including the potential for victims of domestic violence to be placed in a situation whereby they have to directly confront their abusers in order to properly take care of their children. Another concern is that by making circumstances even more difficult for noncustodial parents, they may end up giving up on paying child support altogether.

According to data from the federal Office of Child Support Enforcement, more than $100 billion is pending in U.S. back payments owed to parents with child custody.

If your ex is failing to pay child support, working with an experienced family law attorney is your best hope for addressing the situation. Some approaches you might take include:

You should not have to beg for child support, or worry every day whether you can feed your family. At the Arwani Law Firm, PLLC, we advocate for  Florida parents who are in need of child support. Contact our Orlando child support lawyers today to find out more, and remember, never  deny your ex access to your child in retaliation for failing to pay child support.