When Can One Parent Get Full Custody Of The Child In Florida?

When Can One Parent Get Full Custody of the Child in Florida? 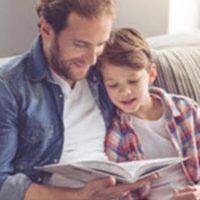 Historically, mothers were given a preference in child custody cases. However, the times have changed, and custody decisions are now made in the best interests of the child.

While Florida law prefers that both parents remain active in their child’s life following a divorce, one parent can be awarded more custody rights or even get full custody of the child under certain circumstances.

If you are considering asking the court to award you full custody of your child or are worried that the court may grant sole custody to your ex-spouse, do not hesitate to speak with an Orlando child custody attorney.

When the parents cannot agree on a parenting or time-sharing plan through out-of-court negotiations, they are required to go to court and let a judge decide for them. The judge will order a plan that is in the child’s best interest.

If one parent alleges that they should be given full custody of the child, that parent will have to prove why that custody arrangement would be in the child’s best interest.

When can a parent be awarded full custody of the child?

While Florida courts prefer joint parenting agreements, there are circumstances in which the mother or father might be awarded sole custody. One parent might get full custody of the child in the following situations:

Depending on the reasons for requesting full custody, the court may award one parent sole physical and legal custody. If the other parent presents the risk of harm to the child, they could be ordered supervised visitation.

While Florida courts favor parenting plans and visitation schedules in which both parents share custody, one parent may be granted full custody under certain circumstances. However, the parent requesting sole custody must present evidence to convince the court that the custody arrangement will be in the child’s best interest.

It is essential to speak with a skilled child custody lawyer in Orlando to prepare your legal case and help you get full custody of your child. While getting sole custody is difficult, it’s not impossible when you have a knowledgeable lawyer on your side.

Schedule a free consultation with our Orlando child custody lawyer at Arwani Law Firm to review your particular situation and determine how you can get full custody of your child. Call at 407-254-0060 to receive a consultation.