What Is Most Important To Keep In Mind When It Comes To Prenuptial Agreements? | Orlando Family Lawyers

What Is Most Important To Keep In Mind When It Comes To Prenuptial Agreements? 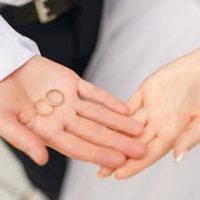 When it comes to prenuptial agreements, there are a number of questions and assumptions out there, perhaps the most common of them being that you should only seek a prenuptial (or postnuptial) agreement if you have amassed a significant amount of wealth in your life. A number of couples may also feel that if they are in love, there is no need to draw up a contract surrounding what will happen in the event of death or divorce.

While these are largely assumptions that may or may not apply in a given situation (depending upon the actual circumstances of a particular case),  there are a number of actual facts to keep in mind when it comes to prenuptial and similar agreements signed between couples before or after they get married, in general. Below, we discuss some of these issues in greater detail:

First and foremost, a prenuptial agreement is governed by state law, which means that a couple can seek out the laws of the state that will be most beneficial to them when it comes to what they envision or want this agreement to accomplish. This can be done in one of several ways: by getting married in that state, living in that state during the marriage, and/or simply dictating in the agreement that they want the state of X’s laws to govern the prenup.

However, keep in mind that, in basically every state, the following applies:

This also means that each of the parties must be honest and fair about disclosing all of their assets; otherwise, the prenup could fail to hold up in court later on. The prenup also should not be “sprung” on the other person at the last minute, otherwise it could eventually be objected to by claiming duress. It also means that the law cares about what is in the best interest of the child, i.e.that parties cannot limit their duty to pay child support in order to uphold that child’s right to financial support.

This also means that it would be wise for you and your attorney to reflect principles of fairness throughout the agreement. Let’s say, for example, that one party has significantly more assets than the other. Rather than stating that the party with fewer assets will receive no alimony in the event of the other party’s death or divorce, instead, specifically insert provisions that they are comfortable with which provide for that other party, all the while still protecting their own interests. Note that if the topic of alimony is not raised at all, then either party can eventually go after it.

When it comes to all areas of life—including marriage, family, children, and futures—having a plan in place is always better than no plan at all. And many couples find that putting these agreements in place means preventing fights about this or that later on as well. If you have any questions about pre- or postnuptial agreements, contact our Orlando family law attorneys at the Arwani Law Firm, PLLC today. We are here to help.