Reasons A Parent May Lose Child Custody In Florida

Reasons A Parent May Lose Child Custody In Florida 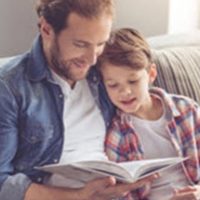 Being an Unfit Parent

According to Florida law, a parent may be found unfit if they have abused, neglected, or abandoned their child. In Florida, a parent with a history of mental illness or drug abuse may also be deemed unfit. While parents addicted to drugs or with a psychological illness aren’t necessarily bad at parenting, courts will never risk allowing someone prone to possibly dangerous or erratic behaviors to care for a child.

It is crucial to note that, in the state of Florida, abuse does not only apply to causing physical harm. Causing mental harm is also considered abuse in Florida.

Residing in an Unsafe Neighborhood or Home

It is a requirement in Florida for parents to ensure that their children live in a safe home or neighborhood. Therefore, if a parent resides with their child in, for example, a building that has been cited for health and safety hazards or an area that is prone to criminal activity, the court may decide that the child is better off with the other parent.

However, the good news is that if you lose custody because of residing in an unsafe home or neighborhood, you can regain custody of your child if you relocate to a safe place.

Apart from being concerned about the safety of the home or neighborhood a child lives in, Florida courts are also concerned about how clean or dirty a child’s home is. Raising a child in an unsanitary home could result in a parent losing their custody rights. However, in a situation where a dirty home leads to the revocation of custody, usually, the revocation only lasts for a short time. After a parent cleans up the home, they can regain custody.

Falsely Accusing the Other Parent of Abuse

Among the many reasons why parents lose custody is abuse. For this reason, a parent who falsely accuses the other parent of abuse is also at risk of losing custody. False accusations of abuse can be harmful to both the parent being falsely accused and the child, and that is why Florida courts do not allow parents who make such accusations to go unpunished.

Speaking Ill of the Other Parent

Speaking ill of the other parent can lead to “parental alienation,” which is when a child identifies strongly with one parent and hates and rejects the other parent without any justifiable reason. Florida courts are highly against this act of manipulating a child’s feelings, and a parent who tries to alienate a child from their other parent risks losing custody.

If you believe you should be granted custody of your child or risk losing custody, contact an Orlando child custody lawyer at the Arwani Law Firm at 407-254-0060.