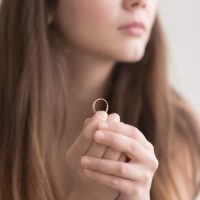 Some people decide never to remarry after getting divorced for reasons best known to them. On the other hand, many divorcees are interested in giving marriage another chance. If you are one of the people who wish to give marriage another chance after getting divorced, you might be wondering how long you have to wait before you can remarry. Remarriage laws vary by state. Some states require that a person waits for a particular amount of time after a divorce before they can remarry, while other states do not have a waiting period.

Requirements To Meet To Get Remarried After a Florida Divorce

As already mentioned, there is no waiting period to remarry after a Florida divorce. However, certain requirements need to be met if you are to remarry. These requirements include the following:

To obtain a marriage license in Florida, you must go to the Clerk’s office. In a situation where either applicant has been previously married, the exact date of divorce must be presented and the state and county where the divorce took place. If either applicant is below the age of eighteen, they must have consent from their parent(s) or guardian(s), and an applicant under the age of 16 must-have court approval. After obtaining a marriage license, you need to hold your marriage ceremony within sixty days because marriage licenses in Florida expire after sixty days.

Can I Remarry My Ex?

Certain factors can lead to the modification or termination of alimony in Florida. Remarriage is one basis to terminate alimony in Florida. However, some forms of alimony are not automatically ended upon remarriage, such as lump sum alimony. Also, remarriage does not automatically terminate alimony if a divorce decree clearly states that the remarriage of the spouse receiving alimony will not end the other spouse’s obligation to pay alimony.

If you need more information on remarrying after a Florida divorce or help with determining if the stipulations of a prenuptial agreement are valid, contact an experienced and dedicated Orlando divorce lawyer at Arwani Law Firm.