Are All Children Who Are Internationally Abducted From The US Eventually Returned To The US?

Are All Children Who Are Internationally Abducted from the US Eventually Returned to the US? 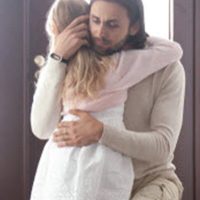 As attorneys who practice in family law here in Florida, we frequently encounter international child custody issues that involve the Hague Convention, a treaty signed by the US and 84 other countries that provides for the expeditious return of a child to their ‘home state’ after they have been abducted internationally. The Convention defaults to the status quo child custody arrangement—i.e. what was in place prior to the child being removed.

However, the Convention also relies on other countries’ compliance and prioritization in order to work. A recent Forbes article highlights the predicaments sometimes encountered in related  international custody complications, especially when countries demonstrate a pattern of noncompliance with the Convention.

One Parent’s Nightmare in Costa Rica

The article describes a real case that took place involving a mother who did not possess legal custody of her child, and who traveled to Costa Rica with the child on a tourist visa and fraudulent passport for the child. She then applied for asylum there, claiming that she feared returning to the US, where she claimed that those involved in the child custody process were biased against her. A panel in Costa Rica then granted her and the child asylum, in spite of US’ findings in her custody case, her lack of legal custody, and the existence of a Federal warrant out for her arrest.

This shifted the legal battle to Costa Rica, where the family and appellate family courts there granted and upheld the father’s Hague Convention petition to return the child to the US, but the constitutional court found that the mother and child’s asylum “trumped” the Hague petition, and thus Costa Rica could not return the child to the US. In addition, the mother asserted claims of sexual abuse, leading Costa Rica to assert jurisdiction over any sexual abuse allegations that occurred, regardless of where in the world they had taken place, resulting in the father being arrested upon his return to Costa Rica to visit his child. His passport was then seized, blocking his ability to leave Costa Rica, and leaving him facing up to 30 years in prison for allegations that he was already cleared of in the US.

Countries That Have Demonstrated a Pattern of Noncompliance with The Hague Convention, Where Parents Can Illegally Escape to with Children

Research indicates that women who have lost custody of their children in the US can seek refuge with them in Costa Rica because, according to the Annual Reports on International Child Abduction, Costa Rica has demonstrated a pattern of noncompliance with the Convention, as well as a reputation for favoring mothers due to the presence of an active women’s group called “INAMU,” which has standing to appear in Hague Convention custody proceedings. Other countries with a pattern of noncompliance with the Convention include Argentina, Brazil, Ecuador, Egypt, India, Jordan, Peru, Romania, and the United Arab Emirates. This means that a parent can take a child to any one of these countries, illegally, to permanently reside there; regardless of the circumstances, and at great human cost.

If You Have Any Child Abduction Questions or Concerns, Contact Our Florida Family Lawyers

The Orlando child custody attorneys of the Arwani Law Firm have handled a number of difficult cases involving abduction, working tirelessly to ensure that our clients and their children are safe. Contact us today for a free phone consultation and find out more.