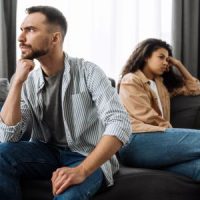 Alcohol Use and Timesharing Decisions

Alcohol use is a huge problem, and parents often lose timesharing rights because of alcohol addiction. However, before the court can take away a parent’s timesharing rights, it must be persuaded that alcohol addiction exists. It must be convinced that the abuse is so bad and toxic that it could harm the child’s safety and welfare beyond repair. Suppose a parent claims their child’s other parent is addicted to alcohol, but the accused parent denies the accusations. In such a case, the accusing parent must find ways to prove the other parent’s addiction.

When a parent alleges that their child’s other parent is addicted to alcohol and the other parent denies the allegations, the court can order alcohol testing depending on the evidence presented. One type of test that the court can order is the EtG (ethyl glucuronide) test. The EtG test is used to detect the presence of the intoxicating agent in alcohol in the urine, hair, blood, or nails.

Are you in the middle of a timesharing case and need help proving your child’s other parent is addicted to alcohol, and it is not in your child’s best interest to spend time with them? Contact an Orlando family lawyer at the Arwani Law Firm.