A Look at Ankle Monitors & Their Service to Domestic Violence Victims 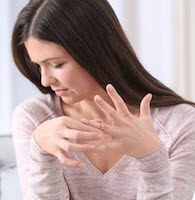 According to statistics, one in three women in the U.S. experience domestic violence abuse—including battery, intimidation, rape, and stalking—in intimate relationships. This can especially be the case when they attempt to leave their abusers—a phenomenon known as “separation assault”—which can sometimes end in death.

In response to this, a number of states have passed or considered passing legislation that mandates the use of electronic monitors on anyone who has been accused or convicted of domestic violence in order to ensure that they comply with protection, restraining, and/or stay away orders. Courts typically require some evidence of domestic violence—a history of abuse, a record of violating orders, police reports that raise alarms as to the victim’s safety—etc. However, one question remains: Given the potential invasion of privacy, should those who have not yet technically been convicted of domestic violence crimes also be placed under electronic monitoring? And if so, what are the potential benefits of a program like this?

What Ankle Monitors Do

While most GPS monitoring simply forces domestic violence defendants to avoid certain “zones”—i.e. areas where the victim is routinely present, such as home or work—some can also place defendants under certain lifestyle restrictions, such as imposing a curfew or excluding bars or other locations that sell alcohol. Some also call for unannounced visits, seizing firearms, and/or warrantless searches.

What They Do For Victims

Given that more than half of all homicides of women in the U.S. are perpetrated by their intimate partner, these restrictions can not only enhance quality of life and reduce fear, but actually save lives. Previous or current partners can be tireless in their efforts to stalk and menace their victims, sometimes even killing them. A majority of domestic violence charges are dismissed or dropped solely because victims are reluctant to testify against their alleged abusers for fear of the subsequent consequences. For many, new of an ankle monitor being placed on their alleged abusers is the first real assurance they have that “this time it will be different.” Therefore, not only does this mean that victims can perhaps start their lives over, but many also feel more comfortable taking legal action against their abusers; even telling their story on the witness stand.

In addition, some defendants actually appreciate the monitors as well: For some, it arguably provides the alibi needed to shield them from some accusations.

Victims of domestic violence not only deserve to have their voices heard, but to be protected with the full force of the law. At the Arwani Law Firm, PLLC, our Florida domestic violence attorneys can help if you need to obtain a protection or restraining order against a previous or current partner. Contact us today to find out more.