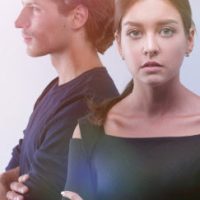 There are many reasons why marriages don’t work, forcing couples to get a divorce. Some marriages are affected by things such as one spouse having an extra-marital affair, whereas other couples grow apart even if no one has done anything wrong. When you file divorce papers anywhere in the U.S., you must indicate why your marriage is coming to an end, that is, the “grounds” for your divorce. In most states, people can only file a no-fault divorce, whereas some states allow people to choose between filing a no-fault or fault divorce. Before filing a divorce, it is best to check with a qualified divorce attorney in your state.

What Is a “No-fault” Divorce?

If you are considering getting a divorce in Florida, this is the divorce you are allowed to file. This type of divorce is one where the party filing the divorce does not have to prove that the other party did anything to make the marriage fail. All other states in the U.S. offer this divorce option. However, the exact legal grounds you are allowed to mention in your divorce petition vary according to the state. According to Florida law, there are only two legally acceptable reasons for divorce, and they are;

But, the most commonly alleged ground for divorce in Florida is the “marriage is irretrievably broken” ground. What this means is that you and your partner can’t get along, and there is no hope that you two will reconcile and fix the situation.

What Is a “Fault” Divorce?

In a fault divorce, one can argue that their partner did something that caused the marriage to fail. Historically, even couples in Florida were required to show that one spouse was at fault for a marriage failing to work. Currently, only a few states allow fault-based divorce. They include;

Just as with no-fault divorce, every state that allows for the fault divorce option has different fault grounds. However, some of the most common grounds include;

Years ago, in a situation where both parties were at fault for their marriage failing, if both sought a fault divorce, the judge would grant the divorce to the person who was least to blame for the marriage failing. This doctrine was called “comparative/comparable rectitude.” However, since all states introduced no-fault divorces, the use of comparative/comparable rectitude became obsolete.

If you need help with a Florida divorce, contact a qualified and dedicated Orlando divorce lawyer at the Arwani Law Firm.